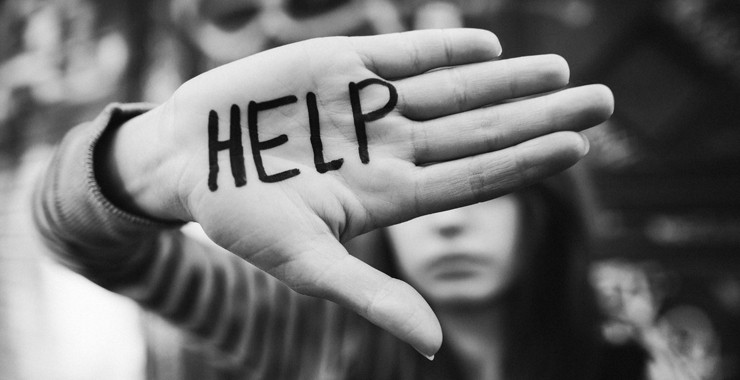 We all come to this world to take certain lessons, draw conclusions, increase our level of consciousness GROW towards the Unconditional Love.
And we get our first lessons in the family. Our Soul chooses the Family tree to be born in, and we get such dad and mother, that we need to implement our tasks. Often our unlearned lessons and unfulfilled trials are repeated not only in our lives but also in the lives of our children, grandchildren, and great-grandchildren. Negative genetic scripts are repeated until a descendant appears, who takes on the mission of helping his Clan change the program and begins to write his new life script. But it can be very difficult to do. The main thing is to see this program and trace the scenario that repeats in your genetic system.

We cannot refuse the genetic unconscious, the experience of our ancestors, which allowed our family to survive in difficult times. On the contrary, our task is to accept our ancestors with their fates and, perhaps, wrong, in our opinion, actions. We get a psychological legacy from our grandparents, great-grandparents, and great-grandfathers: traditions, values, prohibitions, problems, stereotypes of behavior … And we have the right to analyze the family patterns of behavior that we got from them, to abandon unnecessary or negative genetic scenarios, increase the number of options for the development of events and the way out of a particular difficult situation.

What is a negative birth program?

A negative birth program is a negative scenario of events or a stereotype of behavior that has been repeated from generation to generation. For example, female sacrifice (or the “self-rejection” program) can become a negative program, which in life can manifest itself, for example, in the role of the alcoholic, not- achiever, seriously ill person.

A woman will endure all the hardships of fate, live with an unloved man, proudly bear her cross, sacrificing herself, her life and her femininity. If there is a scenario in the Family where femininity is taboo, then from generation to generation women of this kind either destroy themselves, becoming masculine or hide their sexuality behind diseases and excess weight.

Another example of a negative scenario is when a serious illness was chosen from generation to generation in a family as a way to escape from solving life problems (“I am sick, I have no time for this”). Or a way to escape from success (because success and realization mean ” not being like everyone else, breaking the usual model of family behavior”). And the descendant in such a geteric system takes this scenario as familiar and dear, as something taken for granted. After analyzing the scenarios in our families, seeing and unraveling all the karmic nodules that could lead to such a scenario, it is important to find another, your own, non-death-related solution to our life tasks.

The tribal system, like any other, obeys certain laws that must be respected and enforced.

Each person in the system has its own place. Each member of the Family must occupy this place and no other, that is, has an equal right to membership:

– someone who has seriously influenced the FAMILY system (for example, saved one of the system members or killed);

– it does not matter whether these people are now alive or not).

It happens that one of the members of the system is forgotten or driven out: for example, the parents inside feel pain because they have an abortion, so they try to forget about it, not to think about what happened, thereby trying to exclude the child from their family. Or relatives with a difficult fate, unusual by social standards, are rejected – they prefer not to talk about them.

The family tree must be complete. If one of the family members is denied equal rights with others, the order is restored by replacing such a family member. Replacement, as a rule, takes place in this way: the youngest replaces the older (the one who was expelled) in order to compensate. The younger one suffers the same way as the older one and becomes the same as the one who bears the generic script.

If they recall the displaced family member, give him his PLACE, respect his place, even if he has long died – he will still return to the system and there will be no need to transfer his functions to someone else.

At training on systemic constellations, the patient (let’s call her Oksana) worked to improve relations with her mother. She has a younger brother, but her mother had three more abortions, except for two children born.

It is simply unbelievable what sometimes happens at training on family constellations … The participant felt each of the unborn brothers and sisters, felt how close their souls were to her. She felt love for everyone and got a completely amazing experience. Oksana said that for the first time in her life she was in her place – the eldest of five children. And she was very comfortable in this condition.

She suddenly understood why she wanted to patronize, take care, be an older sister for many of her life. It’s her place in the system – to be the eldest of five!

Later, she said that after the training she began to feel much more harmonious and more integrated – as if she was always unconsciously looking for something and suddenly her integral parts were found and fell into place.

Oksana’s mother did not know that her daughter went to a constellation training and met her unborn brothers and sisters there, but her health and relations with her daughter improved immediately after the training. Because her unborn children were lovingly accepted into the family system, and this instantly affected her energy field.

Violation of the Law of the Hierarchy will be various attempts of the younger ones to rise to the level or higher of the older ones. For example, when a child intervenes in the life of parents, takes the position of a parent-teacher in relation to them, takes the place of one of his parents (symbolic marriage), shows arrogance. The consequences can be different: conflicts with parents, energy exhaustion, illness, inability to find a couple, or problems in the family, collapse in life.

When a family is built according to the rules of the family system, then our parents receive life and blessings from their parents and ancestors, pass them on to us; we stand in front of them, feeling their support behind us, and in front of us are our children.

For the future to exist, we must take strength from the past, from the one who gave us life, realizing that the Creator is at the source.

Only if we treat our parents and the family as a whole with respect and gratitude, understand that they are always more than us, as life and blessing of God came to us through them. If we ask for their support and blessings, feel them behind our backs and mentally share our victories and difficulties with them, only then our future and our life will be successful.

The Law of Energy Flow

Energy flows from the ancestors from top to bottom and never vice versa.

The forces and energy of the Family are distributed along the ascending line. This means that new generations should use more generic energy than outgoing ones. The lion’s share of their strength should be given to children, not parents. Unfortunately, many people, creating a family, are involved in the problems of the older generation, their parents – more than in their own. Such an abnormal practise often leads to the termination of one of the branches of the FAMILY TREE.

What to do? We ourselves must be responsible for our family. And caring for sick elderly parents, helping them mentally or physically, in no case should deprive OUR children of attention and care.

It applies to all kinds of relationships. Relations in a family (between a man and a woman) are successful when there is a constant “give-and-take” exchange.

One gives – the other, in turn, returns a little more than what he received, prompting the other partner to develop the further exchange. The greater the turnover, the fuller the relationship, the more joy and satisfaction they bring. Such relationships have a good development prospect.

If one stops returning or gives significantly less, then the relationship goes to naught. And here it is important to feel the measure. If one of the partners gives too much (more than he is able to return to him), relations from a partner can develop into parent-child relations. In this case, it often happens that the “children” grow up and leave the “parents”. A person feels this as a troubled conscience, a duty to be repaid or disposed of. This situation is illustrated by the phrase: “I put all my life on him, but he left.” The woman took care of the man as a mother, and at some point, this situation became unbearable for him.

Powerful family tree can exist for millennia. Or vice versa: The clan is weak, and one of the descendants must revive the connection with the ancestors, especially if we forgot about them.

To help ourselves and our ancestors, we must respect our parents, serve them to accept them as they are, pass on love and knowledge to our children, study the history of our Family, honor family traditions, improve the welfare of the Family, develop ourselves and our positive qualities. Indeed, the fate of our children, grandchildren, great-grandchildren and all descendants up to the seventh generation will depend on what we are.

Continue Reading
link to We are here to help You!

We offer a broad range of coaching services to individuals and families. We assist individuals, couples and families to improve their relationships and any emotional issues. We also provide...

Alexander Rabinsun and Natalya Shklovskaya- Rabinsun are Certified life coaches, Certified Relationship and conflict resolution specialists, Bhakti Yoga teachers, and practitioners with 30 years of experience. Natalya Rabinsun is also a Vedic astrologer and a certified systemic (Family). constellation practitioner in Bert Hellinger approach. We are together as a husband and wife, parents and business and service partners. Our main goal and desire in life - to help people be happy. Our passion is to help family relationships thrive.

WE helped thousands of our workshops participants and personal clients to balance their life.
We help people see the root of their relationships issue and heal relationships.